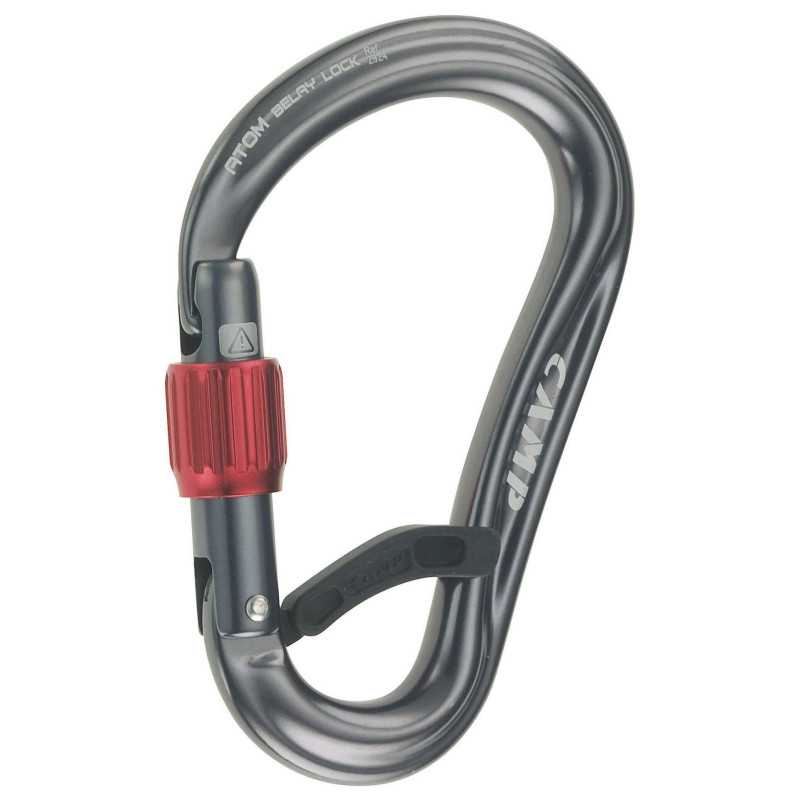 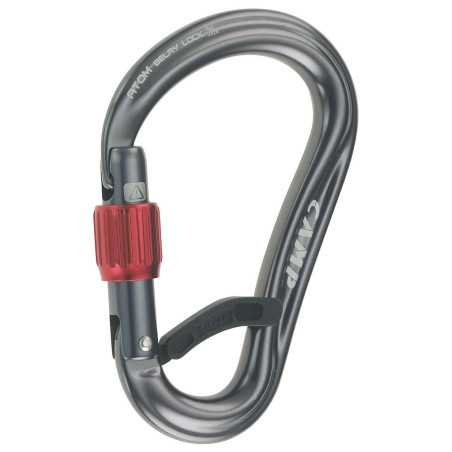 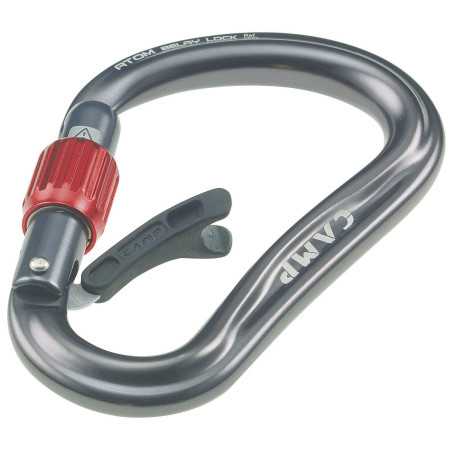 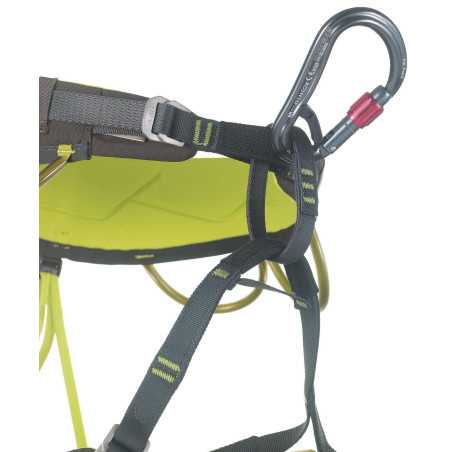 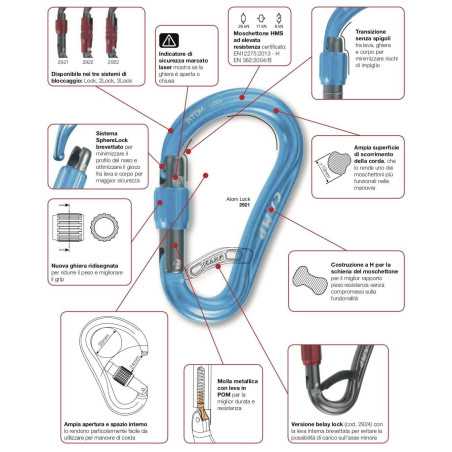 The Atom Belay Lock is a high strength HMS carabiner ideal for belaying and rappelling. The patented internal lever prevents the carabiner itself from rotating, preventing transverse applications of the load.

The Atom Belay Lock is a high strength HMS carabiner ideal for belaying and rappelling.
The patented internal lever, closing on the service ring when the carabiner is in the correct position, prevents the carabiner itself from rotating, preventing transverse applications of the load.
The wide opening guarantees quick and easy hooks while the nose with patented SphereLock geometry optimizes the lever-carabiner play for maximum safety.

Evolution continues. In 1987 CAMP launched the famous “33 grams” on the market, which for almost twenty years was the lightest carabiner in the world. The record lasted until 2005, when it switched to the 28 gram Nano Wire. In 2008, with the Nano 23, the CAMP technicians managed to remove another 5 grams and in 2014, with the Nano 22, they reached a new limit of lightness that does not compromise functionality. On the contrary: the Nano 22 is not only lighter but also more manageable and safer than its predecessor.
The Photon, on the other hand, remains the reference for those seeking lightness but do not want to give up full-size dimensions.
And then there is the extraordinary Dyon: a carabiner with unique characteristics that makes the difference thanks to the innovative patented closure.
And like the Nano 22 and the Photon, the Dyon is also available in 8 different colors to match the Cams, offering mountaineers an extra choice not only for lightness but also for functionality.
The fact remains that, in case you want to tackle long routes in the mountains, the Nano 22 allows an exceptional weight reduction by occupying less space on the gear rings.

Atom, Core and Nimbus: the new screw-lock carabiners in the name of quality and performance. Just look at them to understand that they are special: we are talking about the new Atom, Core and Nimbus screw-lock carabiners, which completely renew our range of connectors of this type.
Exceptional functionality, lightness, safety and remarkable aesthetic impact: these are the strong points of all the models, characterized by lightened and extremely manageable ferrules, by particularly rounded shapes with "rope friendly" surfaces that facilitate the sliding of the ropes and facilitate maneuvers, and finally by the safety marking that indicates whether the ring is open or closed.
If you are looking for a multipurpose and extremely reliable HMS carabiner, which offers high-level innovative solutions at a best-selling price, your choice can only fall on the Atom.
The Core, on the other hand, is the tool with a “soft” design that ensures unparalleled fluidity in belaying with the boatman, also contributing to the reduction of string wear.
And finally, here is the Nimbus, which stands out for its compactness and therefore lightness, which is appreciated on longer and more demanding routes.

Patents . The Atom Belay Lock and Core Belay Lock carabiners have a small internal lever which, using the same spring as the main lever, closes on the service ring of the harness, locking it in the correct position for belaying or abseiling. This prevents the carabiner from rotating, preventing transverse applications of the load.
The Dyon carabiner has two patents: first of all the innovative KeyWire closure system, equipped with a wire lever with a special insert that allows the lever-carabiner connection without the uncomfortable tooth of the Wire carabiners, and then the particular SphereLock geometry of the nose, which optimizes closure for the benefit of safety.
The Photon, Orbit, Atom, Core, Nimbus and Nitro carabiners also have this latter feature.
Equipment in order for a more effective climb. Let's think about the organization of the material on the harness: having everything at hand, in perfect order, automatically means greater efficiency, greater safety and, regardless of success or not, guarantees a more harmonious and satisfying climb. Haven't we convinced you? Pay attention to the champions, to those who face the hardest pitches (perhaps closing them on sight) or the longest and most demanding routes: you will immediately notice the order that characterizes their equipment loops.
A perfect organization of the equipment facilitates the positioning of the anchors and, when parked, speeds up the passage of the material to the companion. Is chaos constantly reigning over your harness? But are you dreaming of improving your performance on the wall? Pay attention to the order, then, perhaps starting to hook the quickdraws in the right direction, without confusing the carabiners for the anchors with those for the rope, and to match each Cam with the carabiner of the same color (the Dyon, the Nano 22 and the Photon offer this possibility) for an immediate identification of the measures.

Classification of mountaineering and climbing connectors according to EN 12275 and EN 362 standards: 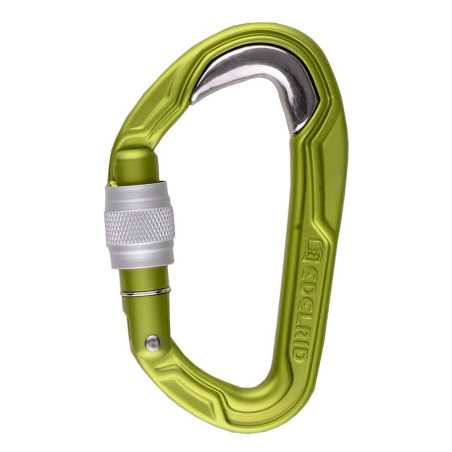 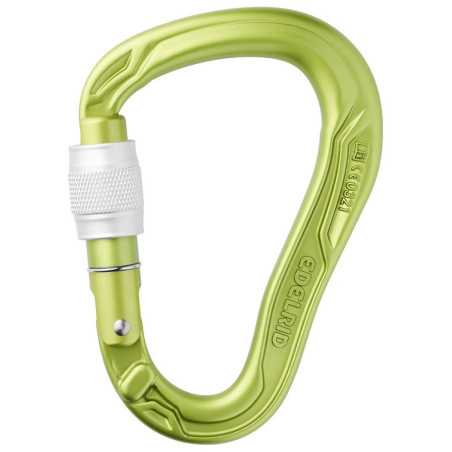 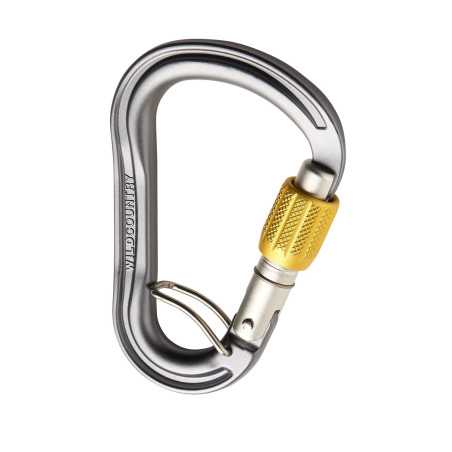 Regular price $16.11 -15% Price $13.69
The Xenon HMS Belay carabiner by Wild Country has the same shape as the Xenon HMS carabiner. The geometry is thought to optimize to ensure low low... 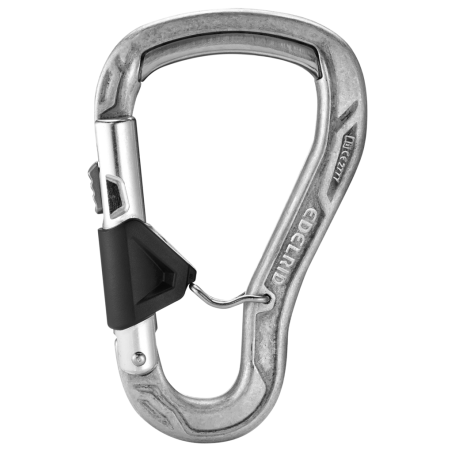 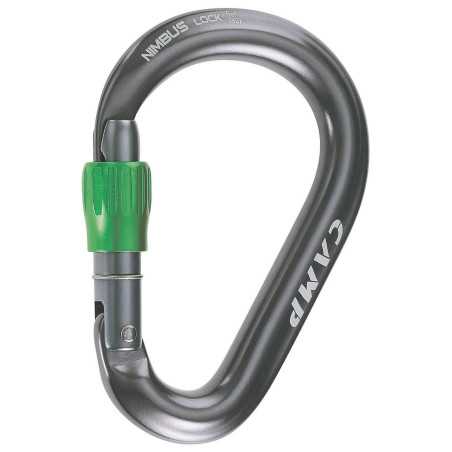 Regular price $9.40 -15% Price $7.99
The Nimbus Lock offers all the advantages of a HMS carabiner with screw locking, maximizing them thanks to its compact design. The rounded shape... 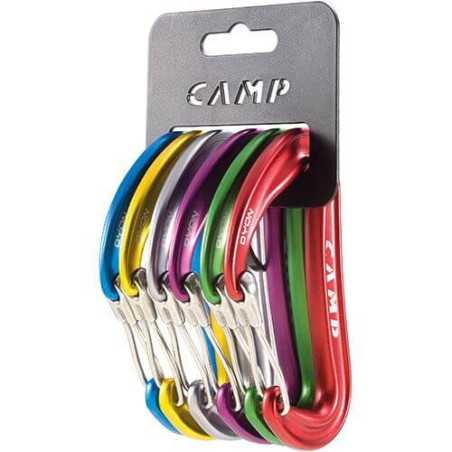 Regular price $59.78 -15% Price $50.81
6 different colors of Dyon carabiners coordinated with those of the most popular Cams 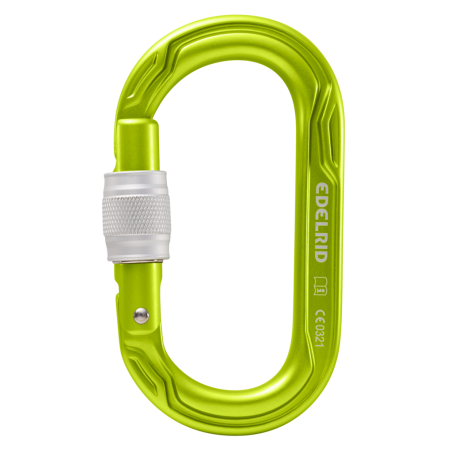 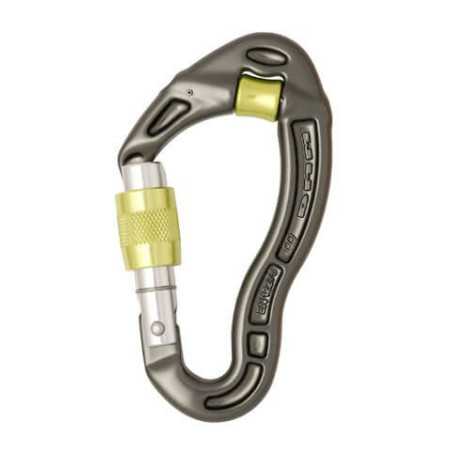 Regular price $37.67 -15% Price $32.02
The DMM Revolver with locking ring, is a carabiner that features an integrated pulley to reduce the resistance of the rope. 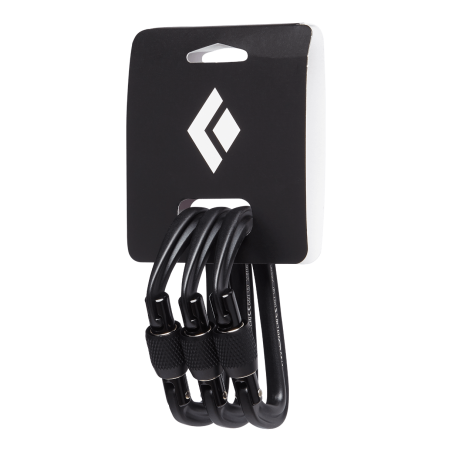 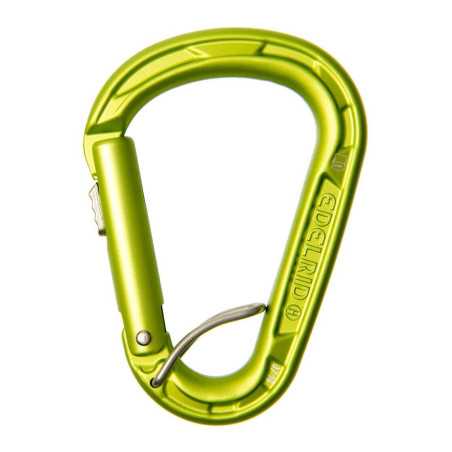 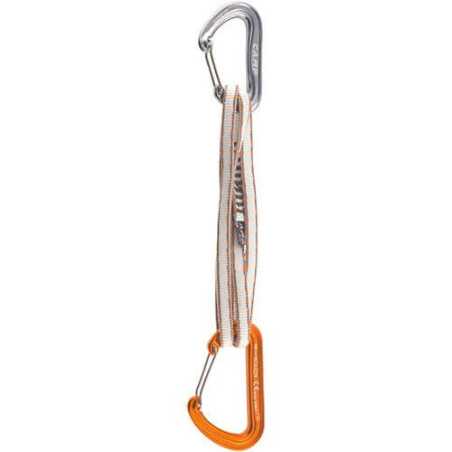 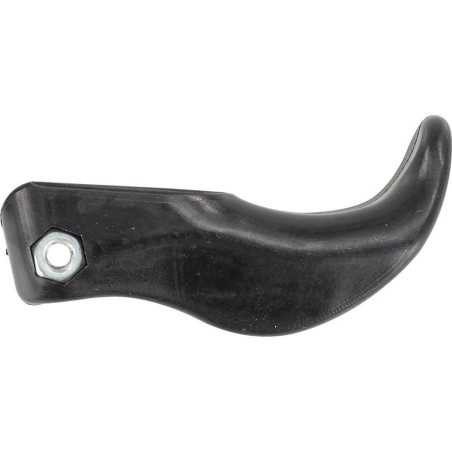 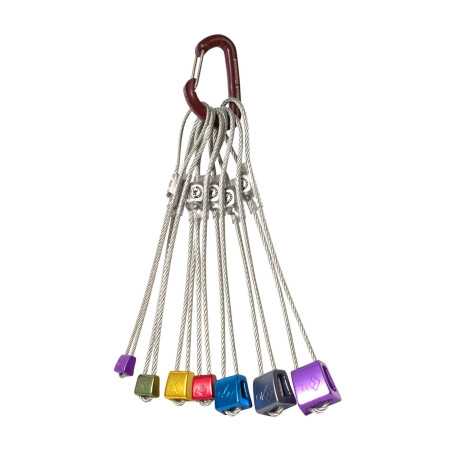 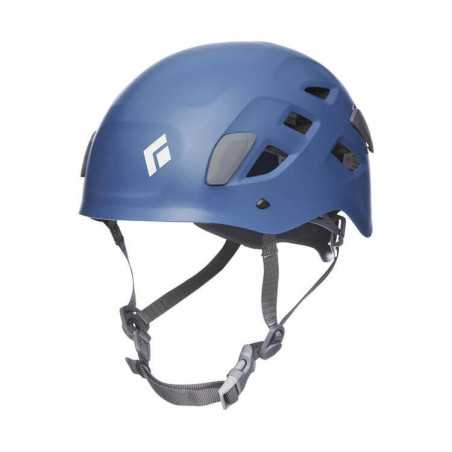 Regular price $49.22 -15% Price $41.84
The tried and tested construction of the classic Black Diamond Half Dome helmet was totally redesigned in 2019, now with a new low profile... 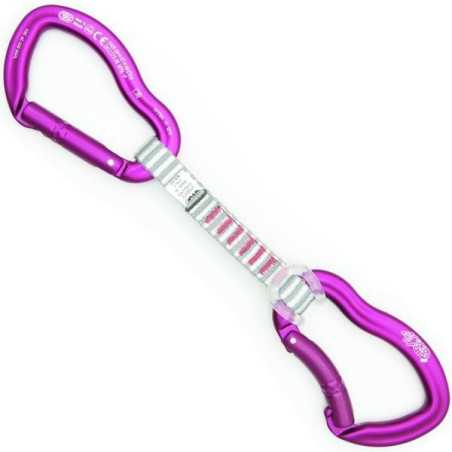 Regular price $10.74 -$3.38 Price $7.35
Composed of two super resistant Ergo Viola connectors, particularly appreciated for their easy handling, the dimensions that facilitate their use... 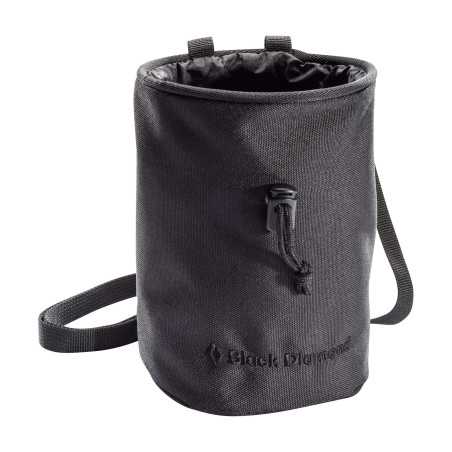 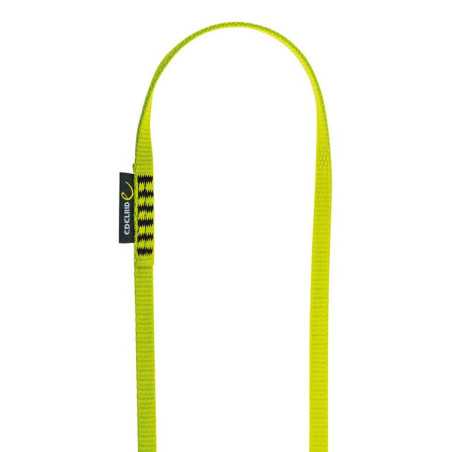 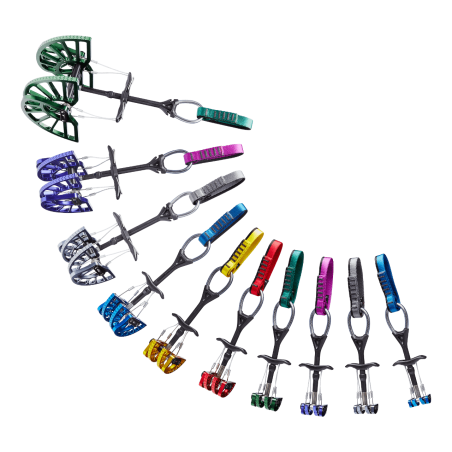